On the 23rd of June, the majority of the UK voted to leave the EU. This was a momentous occasion, it will not be without short term pain, but by focussing on the benefits and the opportunities, and by looking to the future we are now facing enormous opportunities for the UK economy.

From the VW diesel emissions scandals to rising profits for the big six energy companies, from the loss of British manufacturing to rising household food and energy bills; the EU’s attempt at ‘tackling global warming’ has been an unmitigated disaster, and come at huge cost to the social and economic well-being of those unfortunate populations of EU member states.

We seem to be so interested in saving the planet that we have forgotten to save ourselves. I wonder how many individuals have died as a result of the expensive and unbalanced energy policy adopted in the EU? We pay 20% more for our energy in the EU than China, 65% more than India and 100% more than in the USA*. 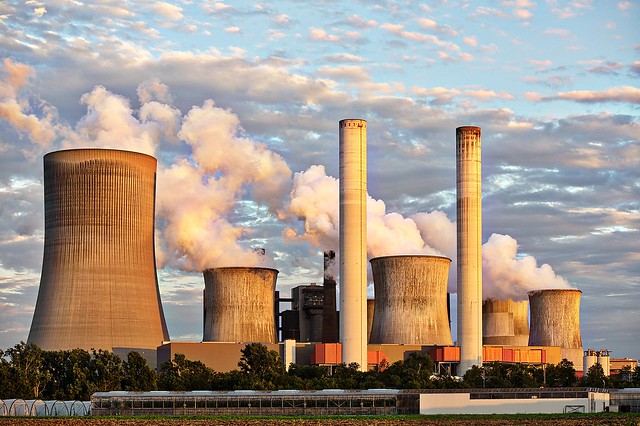 In a globalised economy, can we seriously allow ourselves to pay over the odds for such a basic life requirement? If so, we need to do something serious to level the global playing field, or we risk falling way behind, which is what the EU has been experiencing.

When energy taxes are high, energy businesses gain – passing costs on to the consumer, and energy consumers pay those taxes, and businesses pay them too, or move their production to countries with looser environmental legislation, places like China. As I have argued elsewhere, the issue is not with CO2, but with pollution. It always has been and it always will be.

CO2 is not bad. It is good for the planet. In the world of vegetable growing, polytunnels are powered by gas fired CHP engines which heat and power greenhouses, exporting excess electricity to the grid. In addition the exhaust gases are cleaned up before being passed through the greenhouses, the elevated CO2 levels giving greater yields of tomatoes, cucumbers and courgettes. Tell me why CO2 is bad for the environment? Bigger tomatoes?

The Man Made Global Warming (MMGW) religion has a lot to answer for. I call it a religion because it has all of the hallmarks of such. If it were smaller I might have called it a cult, but when a cult reaches into the population and the national psyche to the extent that MMGW has, it can only be called a religion: A widely held belief in something which cannot be proven or disproven, which requires faith more than facts in order to prevail.

On the first day of her appointment Theresa May has merged two departments BIS and DECC to form the new department for business energy and industrial strategy (DBEIS). I welcome the move. We should be focussing on industry, energy and not climate change. I suspect May has in her sights the looser, post EU legislative environment. Once free of EU regulation, we can pursue a more nationalistic view of energy policy, one which doesn’t disadvantage the residents and companies operating in the UK.

I would like to see a fully independent review of global warming ‘science’, and by fully independent, I mean someone who is prepared to accept that it might not be ’a thing’. If global temperatures are not rising, or if they have actually gone down, we should rethink our debilitating energy policy, reinstate recently shut coal fired power stations, and build new clean coal stations and set ourselves on a sensible path to secure the UK energy future in a cost effective and meaningful way. Rather than exporting global warming science to the developing world, let us export our clean coal technology, for example. We have the expertise, if we can only be allowed to see it.

We should stop focussing on the red herring of carbon dioxide emissions and start talking about pollution. This would naturally involve a move away from diesel towards petrol, hybrid and electric cars and away from dirty polluting power stations to cleaner ones. We should make pollution the taxable event, not fuel consumption (carbon tax).

I am happy to state categorically that man made global warming is a hoax, another giant subsidy dressed up as s global catastrophe, which has transferred wealth from poor sections of society, enriching landowners, large energy companies and foreign utility investors. I know this because I work in renewable energy, I see the folly of the game from the inside, and because I can see the bigger picture of life on planet earth. I also understand the economics and politics of our time.

When ‘the greatest fraud’ is revealed, I’ll be looking for a significant rebate on my cost of living, not just on my transport fuel bills, but on my food costs and my energy bills. If you thought the PPI fraud scandal was bad, wait until this racket is uncovered. It will break national governments.

* why vote leave? By Daniel Hannan

Making Sense of the Brexit Fallout

A Global Renaissance is Coming