I recently got a test film back from the lab. You might wonder why. I shot a test film because my F100 had recently returned from Nikon after having its autofocus recalibrated, after several disappointing rolls returned with strange autofocus errors.

As I considered the ‘test film’ to be expendable (of course no film ever is, it is a precious, precious thing) I chose a roll of my cheaper film, Agfa Precisa CT100.

On pulling the slides from the box, I was not only pleased with the focus (some of the shots were blurred, but those down to camera shake with ISO 100 film in winter), but the metering seemed to be spot on. I congratulated the F100 for its excellent metering skills. And then I remembered, I had taken my handheld light meter that day on account of the changeable light conditions.

It is often said (usually by digital photographers) that there is little need to bother with a handheld light meter. Their estimation, which I suppose is valid, is that they can fire off a number of bracketed shots, or HDR to get the right exposure.

Perhaps they are right, but I can’t help thinking that this mentality is part of the laziness which is creeping into the art of photography, laziness that is part of the ease that digital photography has introduced. After all, isn’t the right exposure the right exposure, regardless of what your medium of choice Happens to be? Wouldn’t you rather know that your exposure is right so that you can focus on the other elements of your photography; composition, working with your subjects, looking at the natural beauty that you came to capture?

It is also worth stating that while negative film is much more forgiving with blown out highlights, and digital cameras are improving in this regard, they are still more like slide film in their exposure latitude. If you’re shooting slide film you gotta nail your exposure, or you’re gonna get a muddy shot. With digital you gotta nail your exposure of you’re gonna get a blown-out shot. Once they’re white, those highlights will never be recovered.

So, I view the handheld light meter as a tool. A tool which can improve my consistency of metering my photos, and give me more creative control of my photography. If you read a book by Ansel Adams

, these chaps go into the nuts and bolts of exposure, the zone system, and they understand what they want to create on the page, and the methods they have at their disposal to do it. It’s an art, but beneath the surface there is very much a science or craft to photography.

I still maintain that the best way to meter any scene is with a proper handheld light meter. In the right hands, a Sekonic L-758D

incident meter and a cheap mechanical camera is all you need to take great photos. Make sure the meter is in the same light as your subject, and take that reading, set your camera to match, and expose the frame.

Selecting a film stock for shooting in the winter is a personal choice. I have shot pastel shaded Kodak and Fujifilm negative films, but found them flat and lifeless. Most negative films need light, and lots of it to really sing. I’m much more interested in slide film with its saturated colours and contrasty punch. The exception to that rule is Kodak Ektar which provides the saturation of slide film with a bit more exposure latitude that slide film.

The film stock in question is AGFA CT Precisa

. Wait, I though Agfa stopped making film? You’re right! For those in the know, the Afga film is really Fujifilm Provia 100 which didn’t pass Fuji’s strict quality control measures. It sells for £6 a roll, £4 less than Fuji’s Provia 100, which is around the ten pound mark per 36 exposure roll. But you tell me whether you think this produces fine looking results.

The day I took these photos was what I would describe as an ideal day for taking photos. Low light with a warm hue, and patches of cloud to provide local contrast between light and dark. Dark background, subject in the light. It makes for a great look. 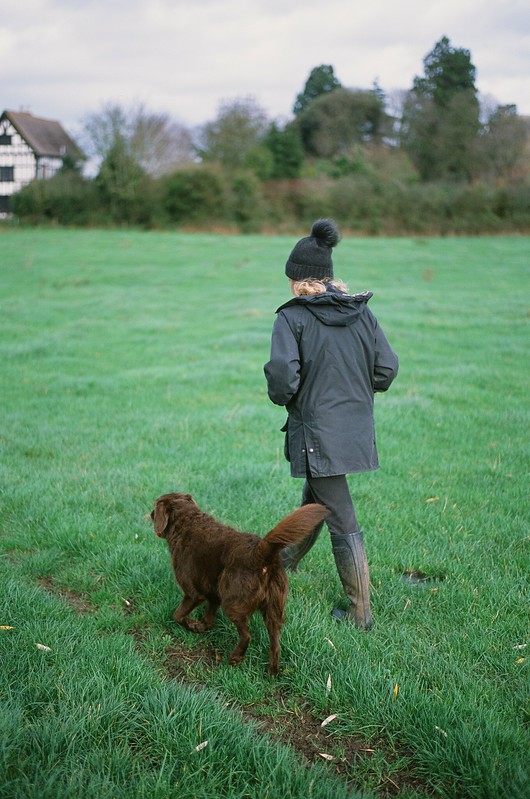 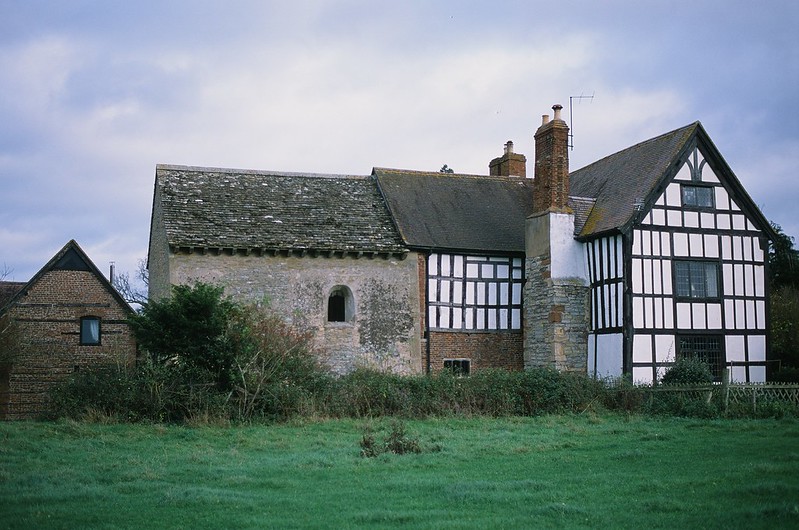 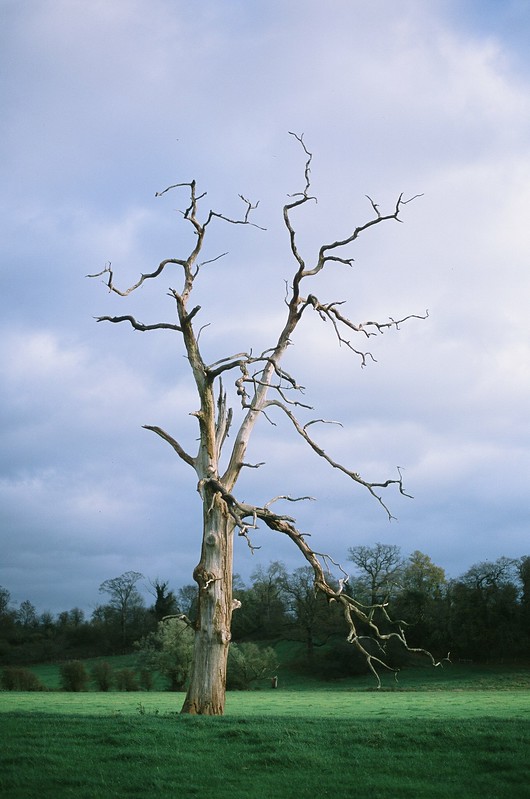 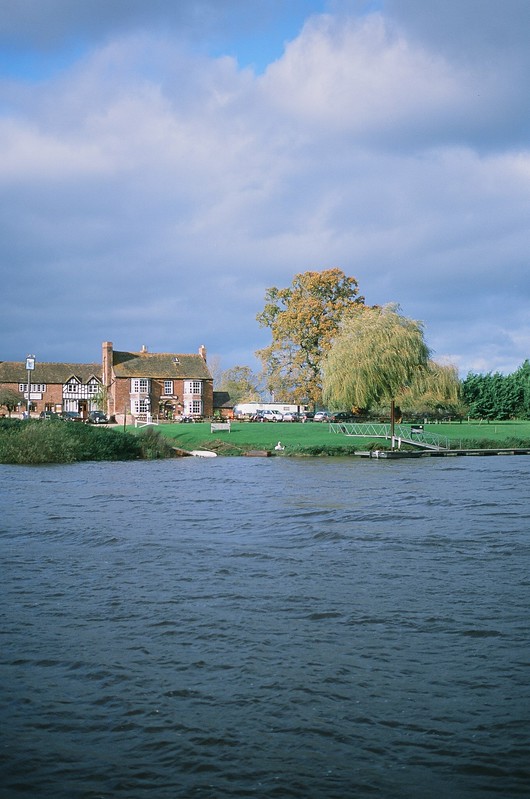 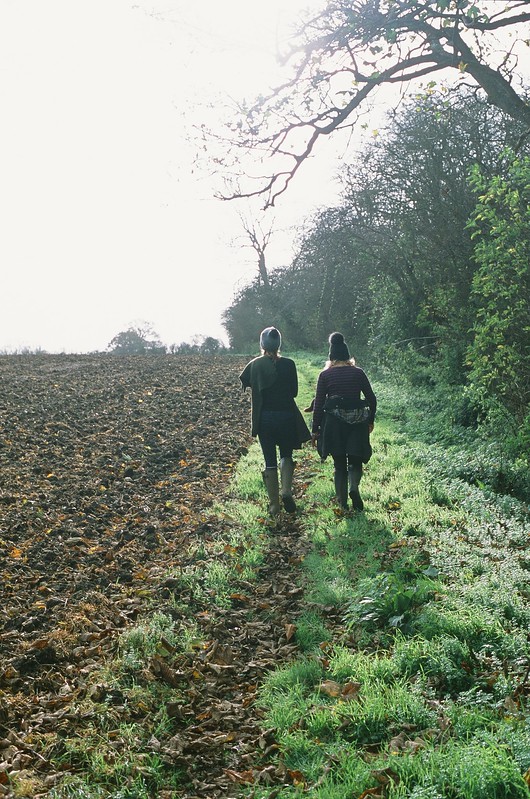 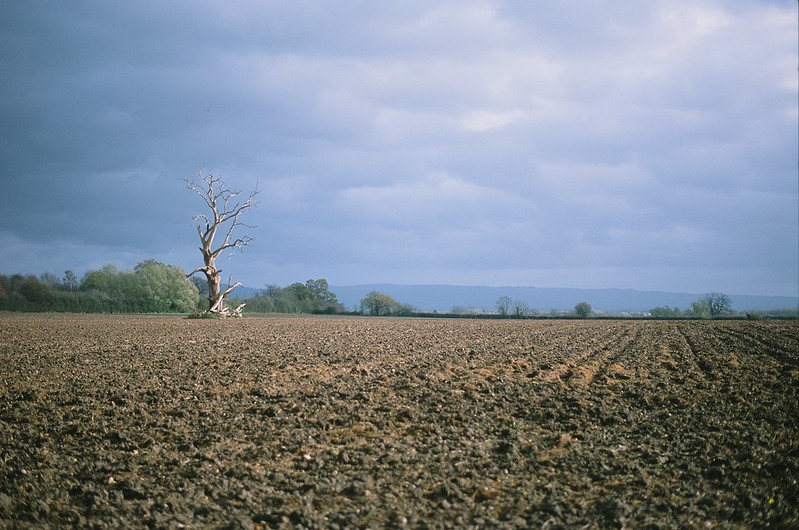 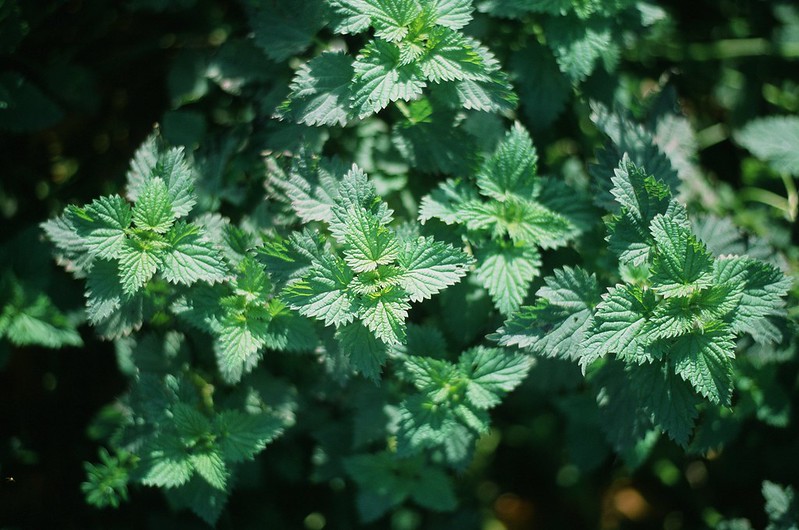 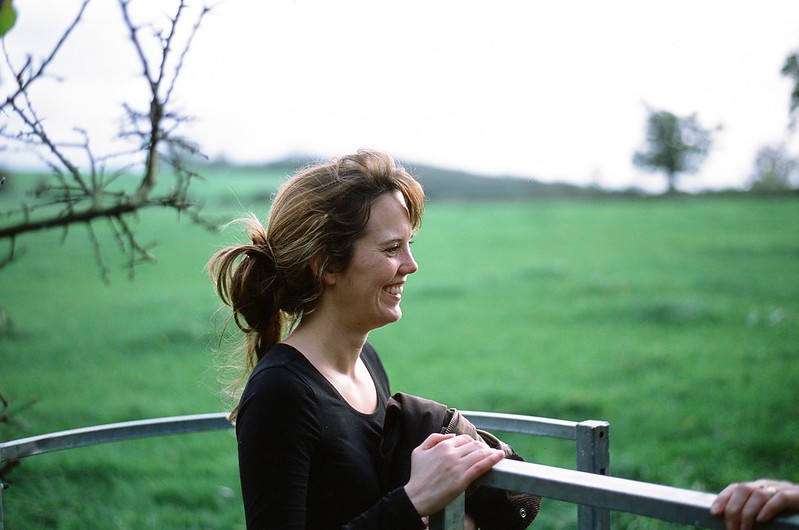 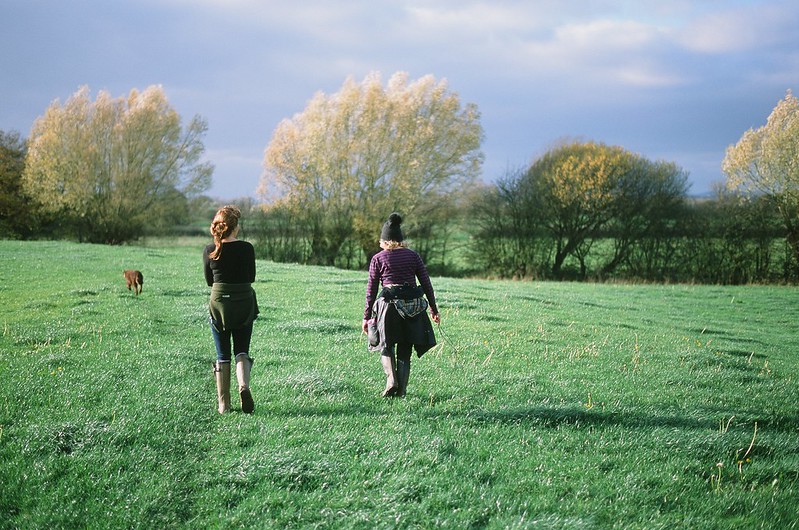 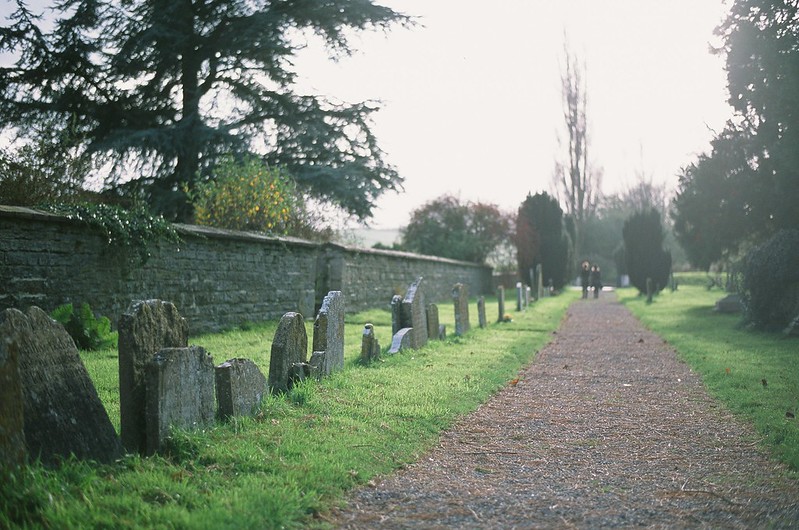 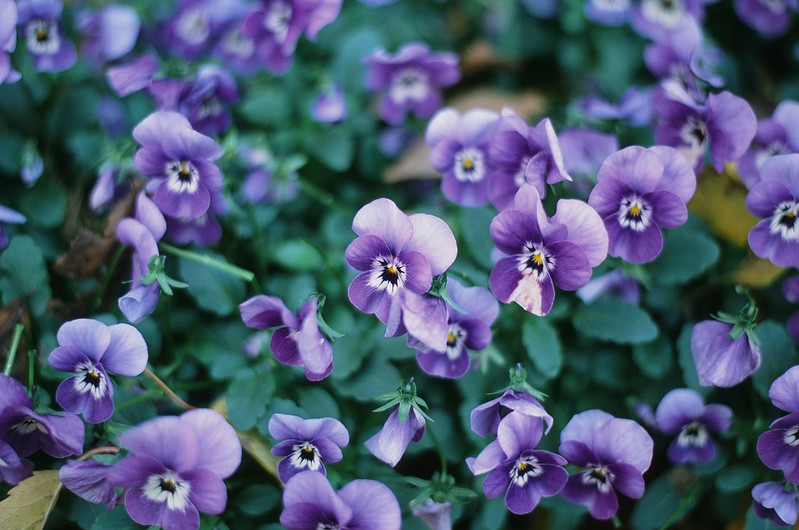 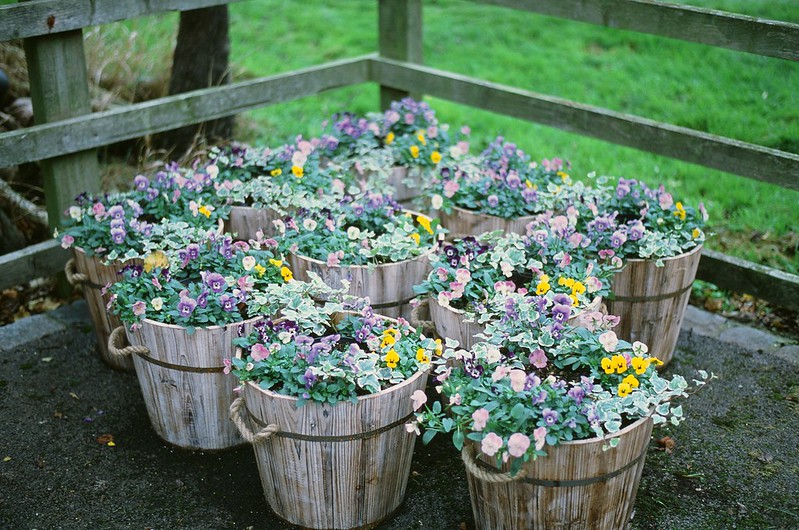 How to Meter with the Sekonic L758D

is a dual light meter with both incident and spot metering capabilities. It will work for portraits as well as for landscapes. It also has flash metering capabilities and can be used in the studio and can produce an average meter reading from a number of readings stored in the memory in which ever scene you’re metering and the metering mode.

If you are looking for a middle exposure value in a landscape scene, you can meter the brightest elements you want to retain detail, and the darkest details you want to retain detail and press the Average button and the Sekonic it will give you an exposure slap bang between the two, as well as showing you the dynamic range of your chosen meter points, so you can decide whether or not to employ an ND filter on part of your image, and whether you’re about to low out your highlights.

If I am shooting film, I keep the incident meter bulb retracted as this tends towards over exposing the image, but if you’re shooting digital you might do it the other way round.

Put your meter in the same light as your subject, facing the camera lens and press the button to meter. If you change your aperture, rotate the knob and it will convert your current reading to compensate. For example if you meter the scene at f1.4, but want to change your camera to f2.8, rotate the meter dial to f2.8 and the meter will automatically calculate the shutter speed from the last meter reading you took. If it goes out of bounds, it will say Err.

The other way to use a spot meter is to find a part of your scene which is middle grey in tone, and meter that. For example, if you are taking a photo of a sunset, then metering off the sky next to the sun is a good way to ensure your camera doesn’t underexpose the shot, by trying to make the sun a middle grey. In these scenes your handheld meter is invaluable, as is good judgement.

So there you go. Want to take good photos, focus on getting your metering right, and you can use your film to good effect. If you’re going to take photos, take the time to meter them properly. You’ll be glad you did.

When you start out, you might feel a bit like a prick holding up your meter, but you may find after a while that you no longer need to re-meter the scene, that you have a feel for what your setting should be, especially if you shoot one speed film, Ektar 100 in summer, Pro400H (at ISO 200 and metered for the shadows) in winter.