7 Things to Grow at Home……and 3 to Avoid

The growing season is over, the leaves have fallen and are rotting away nicely. As I reflect on the effort put into the garden last year versus the reward received, I am fine tuning my choices for this year’s crop.

The compost heap can get pretty warm

In 2017 I planted a number of veggies from seed, early in the spring, using my compost heap as a hot box to germinate the first hardy crops (see above); lettuce, cabbage, beetroot, purple sprouting broccoli, spinach, coriander and dill.

The seeds germinated – apart from parsnips

Later in the spring went in tomatoes and corn, borlotti beans french beans, and cucumbers along with parsnips and carrots grown in the vegtrug with a second crop of lettuce.

Major successes and things I would grow again next year.

This is dead easy to grow. Lettuce germinates quickly and can be grown in both spring and autumn. It seems to prefer cooler weather, and it’s always satisfying to go outside and grab a couple of fresh leaves when making a sandwich. If you grow it in the spring you will have fewer pests to contend with, but they generally get left alone.

I follow Charles Dowding’s advice with beetroot and multisow them. As some reach golf ball size, start to harvest and let the others remaining grow bigger. Efficient use of space and a steady supply. Harvest small for a sweeter beet.

What an easy crop. French beans can be quite prolific if you put them in the right kind of soil. I didn’t do too well with mine, but my father in law had more green beans than he could shake a stick at. I will be looking for similar success next year. 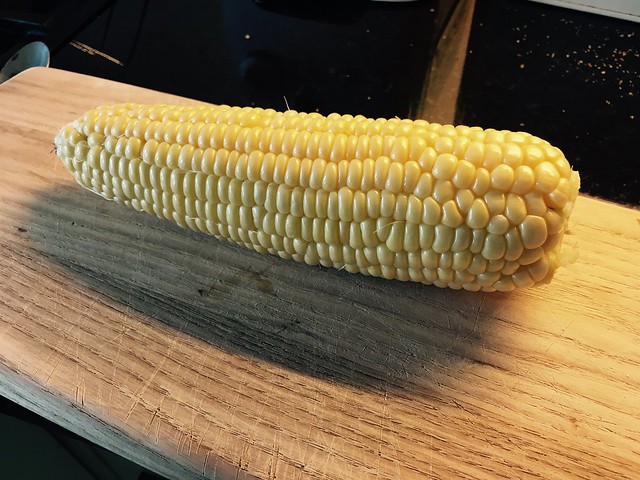 Not the most prolific vegetable and quite space hungry as you need to plant it in a block, but harvesting a fresh ear of corn is one of the most satisfying things you can do as a home gardener. Delicious! Remember to plant them two feet apart in a block.

Cabbage in the foreground, beetroot in the middle and purple sprouting at the back. The netting kept the birds off but not the cabbage whites – see below

We eat a lot of of broccoli. I grew two cabbages which I mostly turned into coleslaw, but my wife and I both love broccoli, so this one gets our vote. Of course, it is beloved of the cabbage white butterflies, and they will decimate brassicas given half the chance, so a fine butterfly netting is required if you have a cabbage white problem. They seem to be able to fly through half inch netting, quite how they do this is a mystery. Luckily I got a fine net from Father Christmas, so I’ll be looking forward to growing lots of delicious broccoli in 2018. The great thing about it, is that it lasts, and is frost hardy. I have some in the garden which is ready to harvest which I planted in the Autumn.

I fulfilled a long term dream in the summer. It sounds silly, but I made my own fermented pickles. The salty ones you can buy in Polish delis rather than the ones in vinegar. Make a pickling mix of a little salt a dash of vinegar and some garlic, dill (from the garden of course) coriander (also from the garden Arden and also recommended) and peppercorns, something which lowers the natural PH of the cucumbers. Pack them tightly into a jar and fill up with the pickling mix making sure to cover them completely. Allow to ferment for a week loosely covered with a plate, then seal and refrigerate. Delicious! 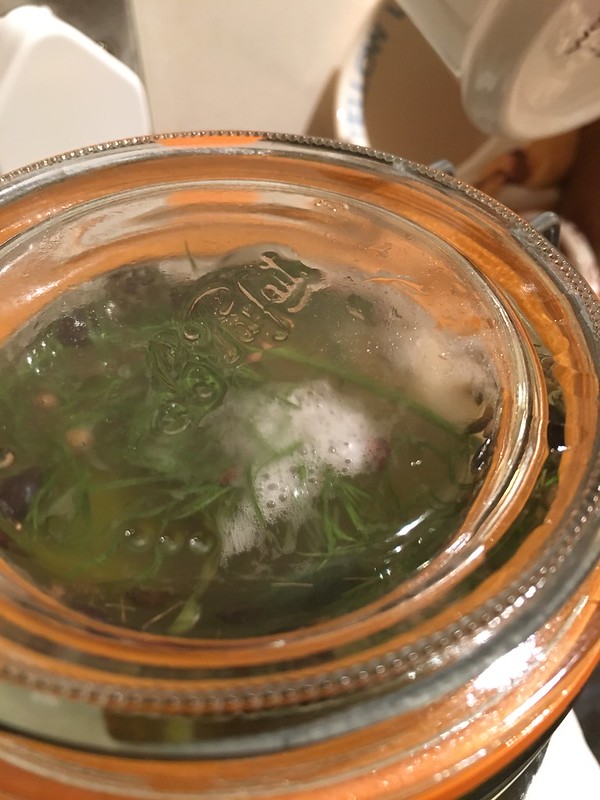 If you see bubbles, that means they’re fermenting 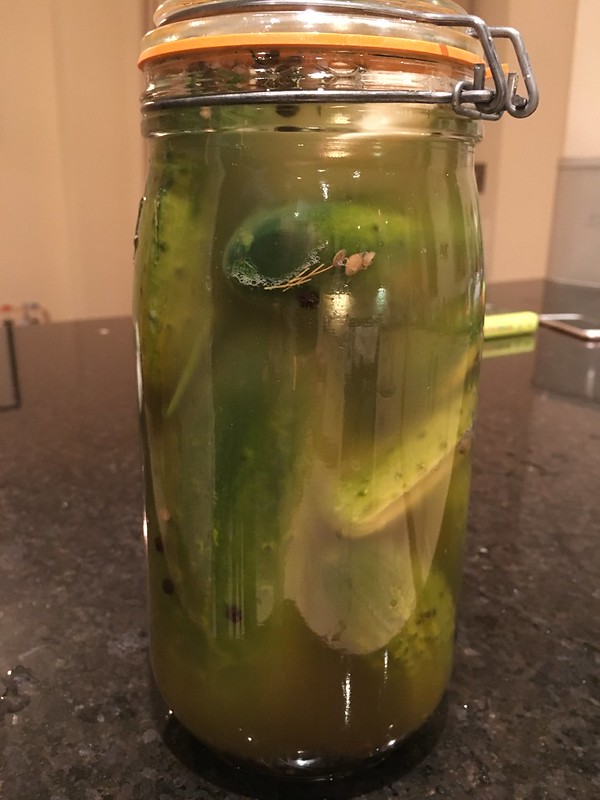 A week later they’re ready to be be sealed and stored in the fridge. They last ages in the fridge, but you’ll eat them faster than they have a chance to spoil.

This is a no brainer for me. It might be a bit smaller than shop bought garlic cloves, but it packs a real punch. Plant a clove in the ground pointy end up and let the abundance of nature turn it into a bulb of garlic. Plant around now for a summer harvest.

And what about the not so hot……

While I love a nice sprout, I just cannot justify the time or space afforded for this most slow growing of vegetables. I got one sprout tree, but as my wife isn’t a fan, it seems a bit of a waste. On the plus side, since the winter the caterpillars are fewer and farther in between, so the sprout tree is much healthier now.

I’ve not had great success with leeks. They seem to have remained as baby leeks, despite my best efforts to get them to grow. I am told that leeks love rich soil. Obviously mine is not rich enough. I may try them next year in a different bed with more compost in.

I love watching a bean bursting its way out of a pot of compost. It’s not hard to imagine the inspiration for the story of Jack and the Beanstalk. I planted these in grow bags; a big mistake. They didn’t really get going, I’m guessing because they love deep soil, and have deep roots. The shallow ones I grew in bags never yielded more than a handful of magic beans. Not worth the effort, and one to avoid next year.

I will as always, keep you posted.